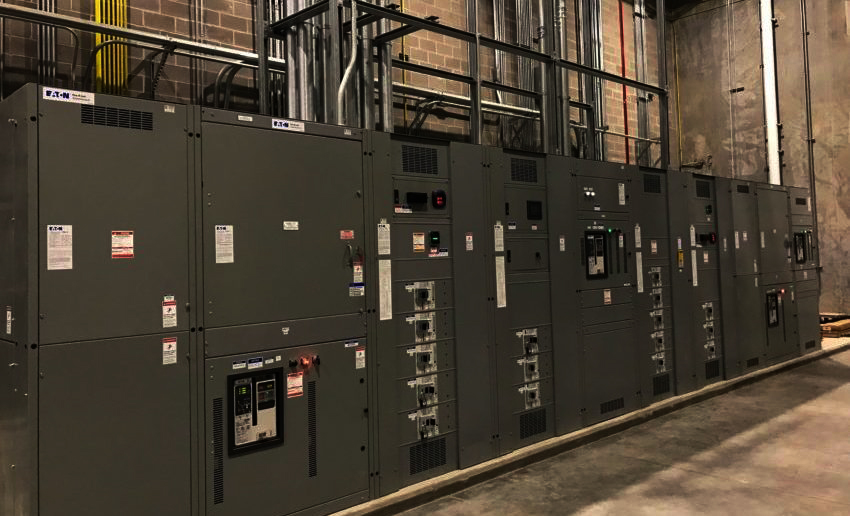 Since 1946, Cox-Powell Corporation has been offering turnkey electrical services in industrial and commercial facilities. Reliability is assured by working with our experienced professional in-house electricians.

Few things are more important than a properly functioning electrical system for safety, cost savings, and efficiency. As a result, our experienced electricians are some of the most highly skilled technicians in the industry. From switch gears and lighting upgrades to transformers and adding panels and circuits, Cox-Powell’s trained professionals can help with any electrical job—large or small.

Additionally, our services include electrical troubleshooting and diagnostics to maintain equipment and components. We offer many turnkey electrical solutions in technical production and commercial facilities.

Regardless of your need, our services are going to be backed by our commitment to safety and the highest level of customer service. Contact us today to learn more.

Safety is of primary importance in everything we do. Markedly, we follow OSHA guidelines regarding electrical safety procedures. These guidelines ensure safe work practices, protect personnel, and reduce exposure to electrical hazards.

PUT US IN CHARGE

Thousands of customers, from major industrial and institutional facilities to large commercial structures, call us when they need electrical help. Our full-service, custom-tailored solutions results in a complete industrial energy-efficiency retrofit plan.

Further, our expert electrical technicians train in the most extensive technical and safety procedures. This ensures your project has the utmost quality and care, as has been noted.

You’ll be amazed by the dramatic savings to your facility’s power bill with Cox-Powell’s custom-designed Energy Efficient Lighting Retrofit Plan.

The many benefits include:

Since 1946, Cox Powell Corporation has been a leading provider of Electrical services in the Hampton Roads, Richmond, and northern North Carolina areas.

Originally founded in 1979 as a residential electrical contractor, Olde Towne Electric was the only certified electrical installer for the Colonial Williamsburg Area and it’s historical preservation.   In keeping with as near as possible to the Colonial times without electricity, Olde Towne Electric was charged with keeping that historical feel to the whole area but at the same time allowing buildings to be up to code for tourist occupancy.

Rate Us on Google!

We're not around right now. But you can send us an email and we'll get back to you, asap.